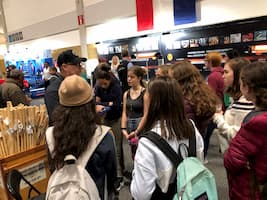 Jeff with a group of young people.

Hebrews 2:14 -15 says, “For as much then as the children are partakers of flesh and blood, he also himself likewise took part of the same; that through death he might destroy him that had the power of death, that is, the devil; And deliver them who through fear of death were all their lifetime subject to bondage.” These scriptures describe the people in this world that do not have a personal relationship with our Lord Jesus Christ. Our job as Christians is tell people the good news that by being saved through Jesus, they don’t have to fear death ever again.

Just recently I was ministering at the Royal Ag in downtown Toronto with the Fellowship of Christian Farmers. As I began to minister to a man that came to our booth, he poured out his heart to me. He had a 24/7, consuming fear of death and had dealt with that since his parents died at a young age over 50 years ago. I had compassion for him, but this is why we go to the world to preach the good news. I told him that when he becomes born again by making Jesus the Lord of His life, then he can actually look forward to death. This story does have a happy ending though. The man prayed with me to receive Jesus and now he can finally be at peace after all these years of being subject to bondage because of fear of death. 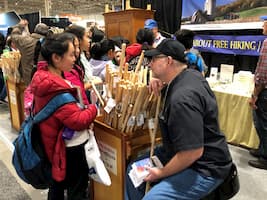 All week long we were able to minister to people of different nationalities and religions. One Pastors wife who ministers with us every year said that a woman who was a Muslim prayed with her to be saved and became a Christian when she came to our booth last year. This woman came to our booth this year and told us that she ministered to her Muslim son and now he is a Christian. Evangelism is exciting because it can have a snowball effect like that. 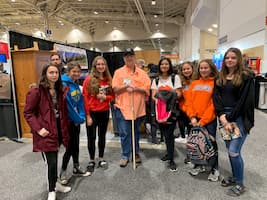 Jeff with members of a girl’s hockey team.

Your prayers and support help make all this possible. This has been a great year of outreaches. Please be in prayer that we finish the year strong at our last outreach at the Tulsa Oklahoma farm show coming up in December. Thank you and God Bless You. 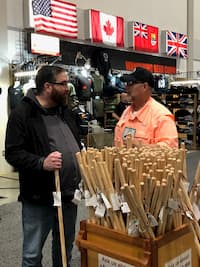